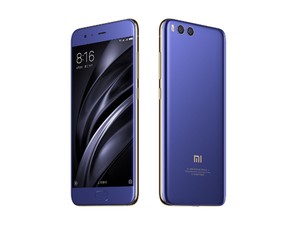 Finally Xiaomi announced one of the most anticipated handsets of 2017. Xiaomi Mi 6 has been presented in China at an event. As expected it’s a power packed phone with amazing hardware. Kerala DHSE Results 2017

The Xiaomi Mi 6 is powered by Qualcomm’s latest processor – the Snapdragon 835. The 10nm processor is 35 percent smaller and 25 percent more efficient than its predecessor.  Processor aside, the smartphone comes with the Adreno 540GPU, 6GB of RAM ( DDR4X 64 bit dual-channel memory) and a 2×2 dual Wi-Fi system. Xiaomi claims that the Mi 6 has a AnTuTu score of 184,292.

Whenever you consider a phone Specs the main thing which you will look is its Battery life, the Xiaomi Mi 6 features a 3,350 mAh battery which the company claims can easily last a day. The latest iteration of MIUI also comes with certain battery-saving tricks – It freezes background data from running in the background, restricts errant applications from starting up and so on.

The Mi 6 features a 5.15-inch display with seamlessly integrated dual cameras at the rear. The display has a brightness of 600 nits and features 4096 levels of backlight adjustment. The display’s brightness goes all the way down to 1 nit in order to alleviate eye strain at night.

While the smartphone does not feature a bezel-less design, the smartphone in encased in four-sided curved 3D glass. During the launch event, Xiaomi stressed upon the fact that the Mi 6 has been precisely crafted like a high-end watch.

The Mi 6 comes with a stainless steel frame sandwiched between two layers of glass (on the front and back). The frame has a polish which Xiaomi claims takes 12 days and over 40 different processes to achieve. The Mi 6 also comes with a perfectly symmetrical design. Examples of the same can be seen in how the antenna lines are aligned to the display and the SIM card slot is aligned with the volume keys.

The fingerprint sensor is embedded underneath the display. Apple is also rumoured to follow a similar implementation with the fingerprint sensor in the upcoming iPhone 8. The Xiaomi Mi 6 is also splash resistant with all openings, including the SIM tray sealed and protected from splashes of water. The Mi 6 also comes in a premium silver edition which features an ultra-reflective mirror finish, a stainless steel frame and silver four-sided 3D curves. Kerala DHSE Results 2017

What will disappoint some is the fact that Xiaomi has followed in the footsteps of the iPhone 7 and removed the headphone jack from the Mi 6. Audio is routed via the USB Type-C port which is also used for charging and data transfer. Soon the phone will be hitting the Indian Market

Join Coinswitch from the invite link below and get bitcoin worth ₹150 when you complete KYC.India's most trusted platform for cryptocurrency investments.Easy deposit and withdrawal with...
Read more
- Advertisement -
accessories

Join Coinswitch from the invite link below and get bitcoin worth ₹150 when you complete KYC.India's most trusted platform for cryptocurrency investments.Easy deposit and withdrawal with...
Read more
accessories